The Königstein Fortress, one of Europe’s largest mountain fortresses, is situated in the middle of the Elbe Sandstone Mountains on the Königsteinnad table mountain of the same name, on the left bank of the Elbe in Saxon Switzerland. On the plateau, which is situated 240 m above the surface of the Elbe, there is an open-air military museum with an area of 19.5 ha, which was made publicly accessible in 1955. The fortification walls, which are 1,800 m long and 42 m high,  were carved out of the sandstone rock. In the middle of the fortification, there is a 152.5-m-deep well – the deepest well in Saxony and the second deepest in Europe. 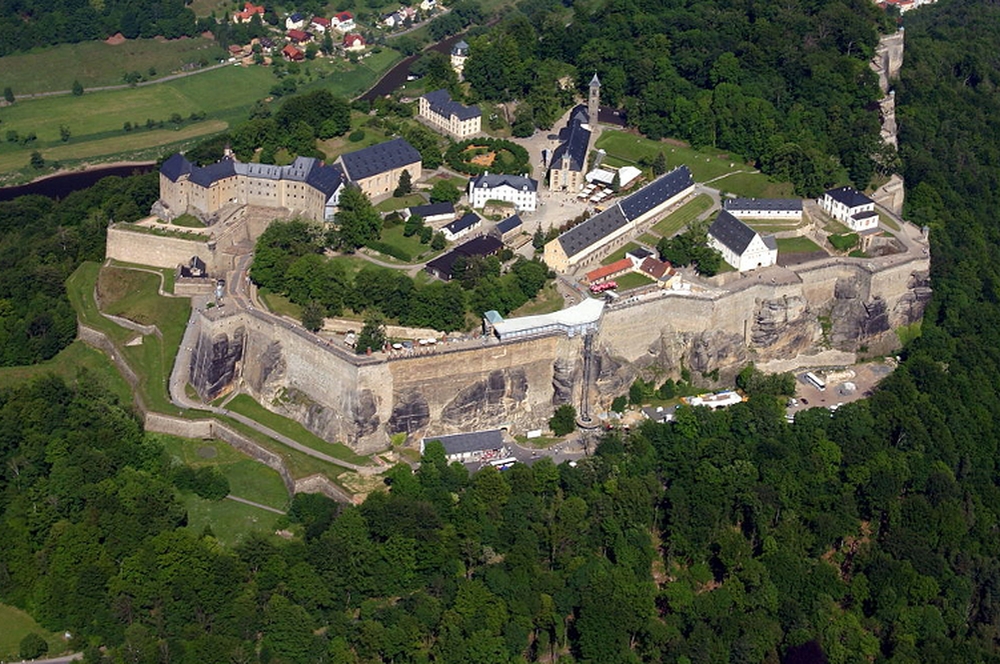